With daylight savings time ending and the weather getting colder this week, we figured all our readers could use a good laugh to warm up. In that spirit, The Ellen Clark Team compiled a list of our favorite 25 funny town and city names in the US. We have included a little history of their origins and we hope you enjoy. Try not to laugh too hard! 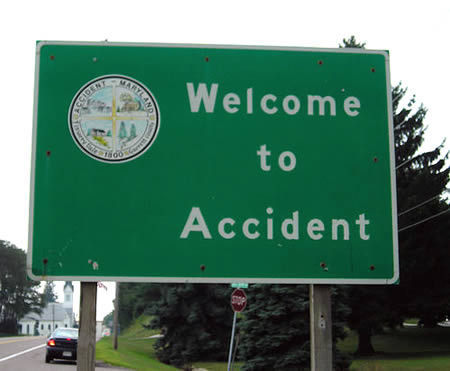 Rumor has it that in the late 1700’s two land surveyors (William Deakins, Jr and Brook Beall) both staked claim to the same piece of land in Maryland. This was of course “by accident”, and Deakins ended up letting Beall claim the land as he had discovered it first. 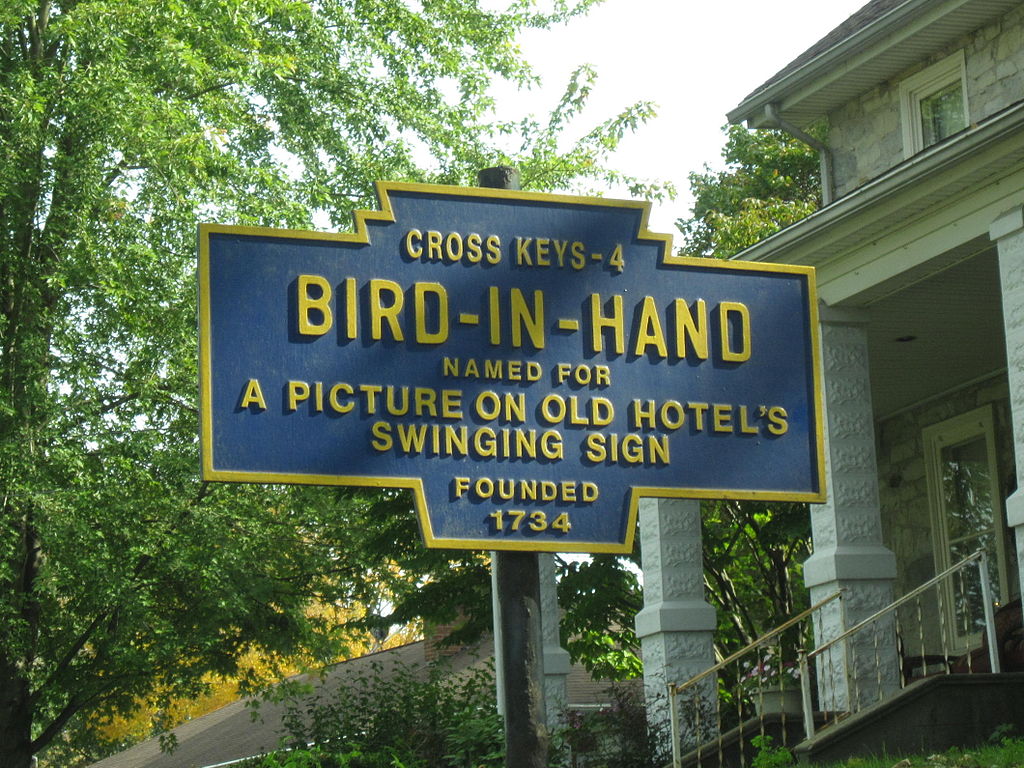 This towns name came from an inn that was established in 1734 and the sign that was put out front following a conversation between two land surveyors.  While working on the pike between Lancaster and Philadelphia, the two discussed if they should travel to Lancaster to spend the night or stay at the inn where they were already located. One responded with the analogy ” A bird in the hand is worth two in the bush”, which was later depicted and put on the inn’s sign out front. 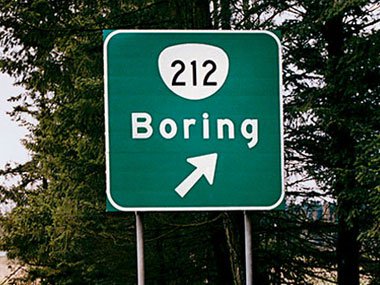 Boring was named after one of its very first residents, William Harrison Boring. It started off as a railroad and timber town. Boring has two sister cities. One in Bland, Australia. The other is located in Dull, Scotland 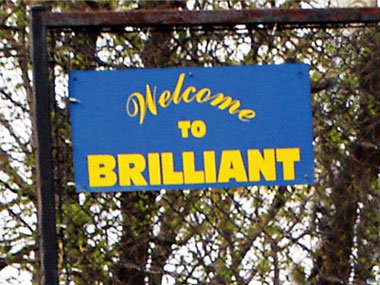 Brilliant’s name stems from The Brilliant Coal Company. The town was originally named Boston (for Boston, Massachusetts), and was actually located adjacent to the town where coal was mined by Brilliant. This mining caused a surge in employment and population while the coal company was in business. However, when the company shut down there was a drastic decline in residents. In order to increase population, in 1957, Governor James E. Folsom signed a law changing the name of Boston to Brilliant, and Brilliant absorbed the town of Boston expanding town lines and raising the occupants to 1000. 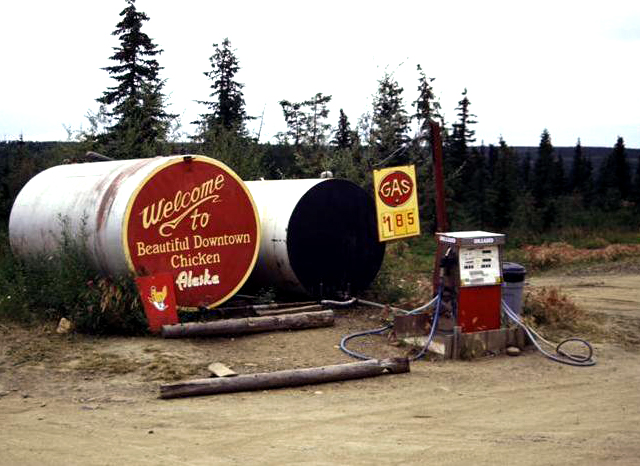 Chicken surprisingly is not named after the animal. This town was the second incorporated city in the state in the 1890’s and is rooted in gold mining culture. Gold is still mined there today in fact. The name comes from ironically not being able to spell the originally chosen name. The first settlers of Chicken had decided to name the town Ptarmigan (Alaska’s state bird), as that is what they survived on during their first winter there. Shortly after realizing that Ptarmigan was hard to spell, the name was changed to Chicken. 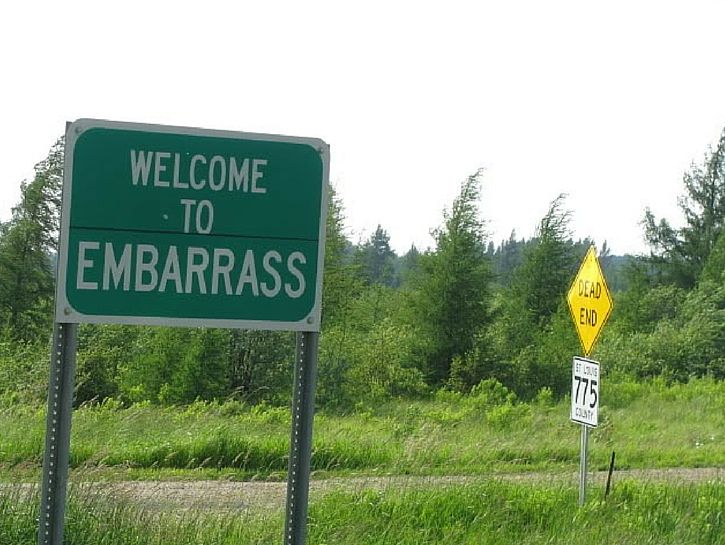 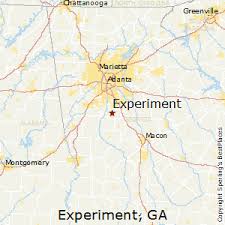 Experiment was named after the Agricultural Experiment Station of the University of Georgia. It should be highlighted that this town is extremely affordable to live in with its median home value being $75,000.

Frankenstein is an unincorporated community located in Osage County. It was named after Gottfried Franken who donated land to the community in 1890 for a church to be built. Nothing spooky and no mad scientists here! 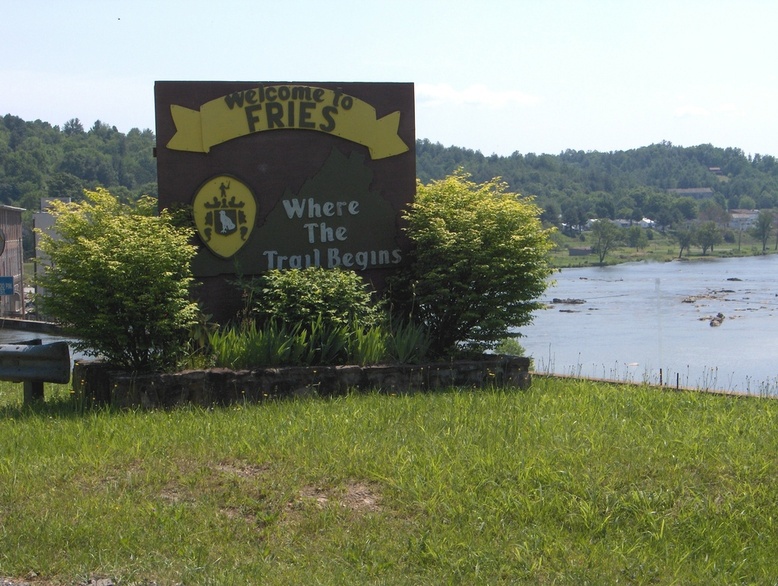 The town of Fries was named after Colonel Francis Henry Fries, a North Carolina cotton mill owner.  Fries is located along the New River in Grayson County and was the former home of the Washington Mill. Fries had bought up land in the area and commissioned the building of a hydroelectric dam, the Washington cotton mill, and a company owned town. 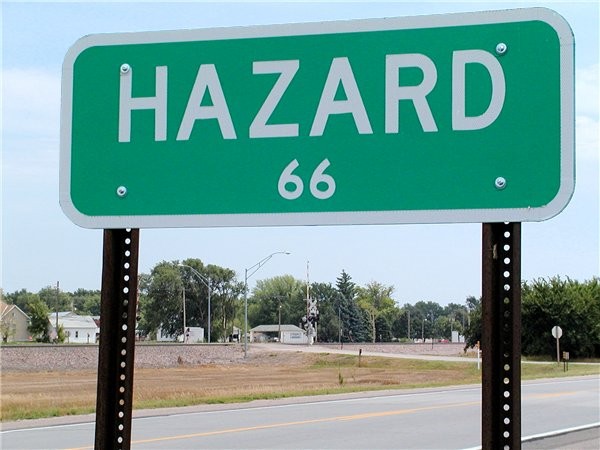 Hazard is named after Commodore Oliver Hazard Perry, a naval hero from the Battle of 1812 on Lake Erie. It was initially named Perry Courthouse but was incorporated as Hazard in 1884. 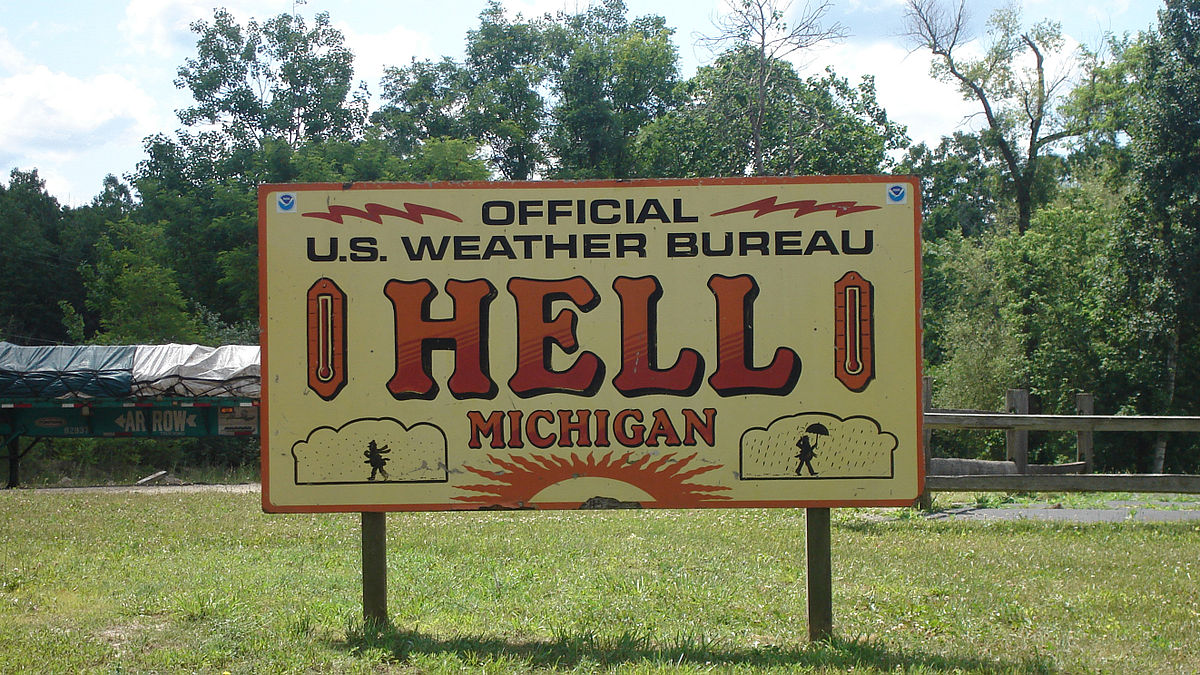 This towns name is unique indeed. Hell was named in 1841 by George Reeves who ran a gristmill and distillery along Hell Creek. It is rumored that the creeks name came from the first German travelers in the area. When they exited their stagecoach they exclaimed “So Shon Hell!” meaning ” So Beautifully Bright!” It is also rumored that Hell Creek came from the “hell-ish” conditions that the first explorers endured in the area.

Looneyville sits along Flat Creek of the Pocatalico River. It was named after a pioneer settler named Robert Looney in 1870. There is also a Looneyville, Texas which was named after John Looney who opened a store there. 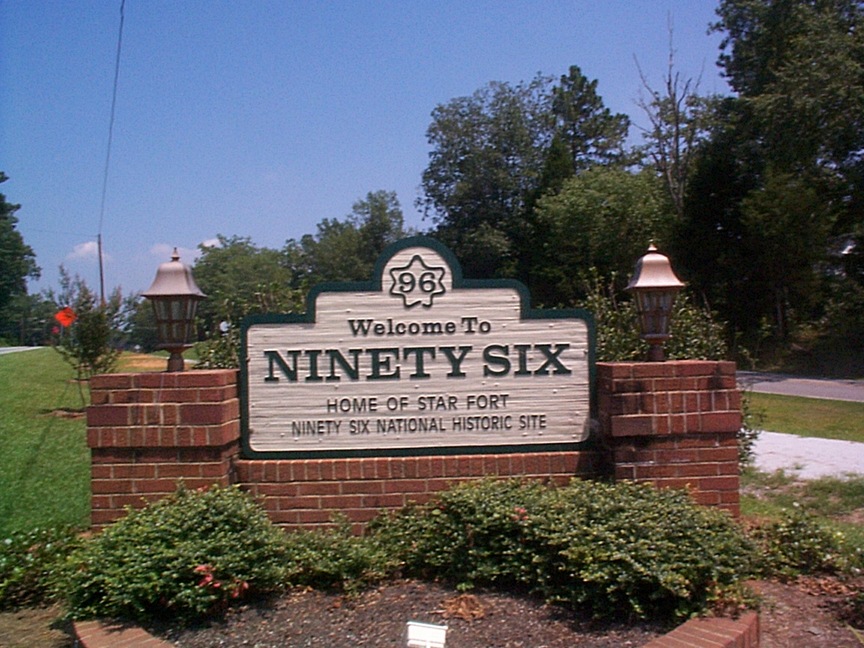 Ninety Six is another US town with colonial roots. It’s initial trader residents named the town in the early 1700’s after they mistakenly believed that it was 96 miles from the Cherokee village of Keowee. Other South Carolina towns were also named based on their distance from Keowee. 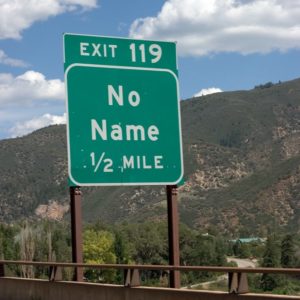 This town definitely reigns as having the most unusual name in the nation. This towns name came to be purely based on its location. When Interstate 70 was constructed it was noticed upon completion that several regions and exits did not have names. A department of transportation employee wrote ” No Name” for exit 119 and the name stuck. In fact, over time state officials tried to give the region a real name, but locals were very much against it and it remains “No Name” to this day. 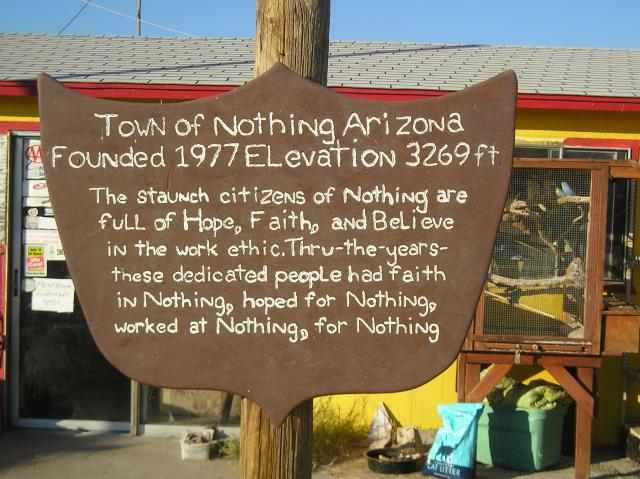 Nothing is a ghost town in the desert. It was named by 4 friends in 1977 (rumored to be drinking) that opened a gas station and store and called it Nothing. It ended up not being very successful as it was in the middle of nowhere and the town was abandoned by 2005. People have attempted to revive the town with little success. 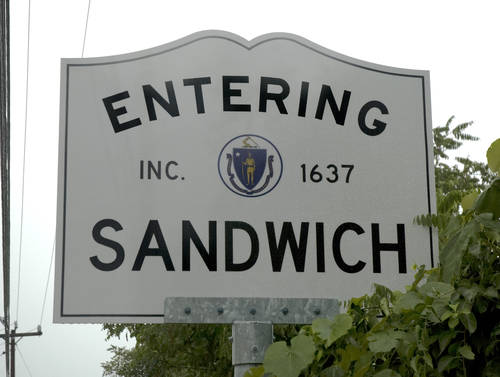 Sandwich is the oldest town on Cape Cod and was incorporated in 1639. Settlers named the town after a seaport called Sandwich in Kent England. 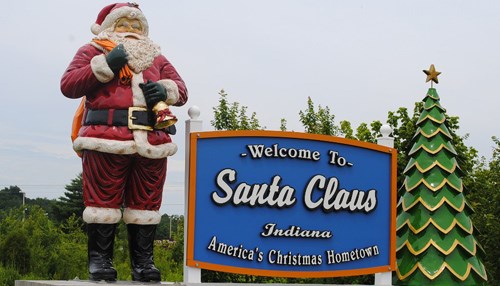 The town of Santa clause was originally going to be Sante Fe, Indiana. However, because another Indiana town had already incorporated that name it was decided in 1895 that Santa Claus would be the name. It is home to the nations first theme park “Santa Clause Land” in addition to other holiday-inspired attractions. It really is Christmas all year long here. 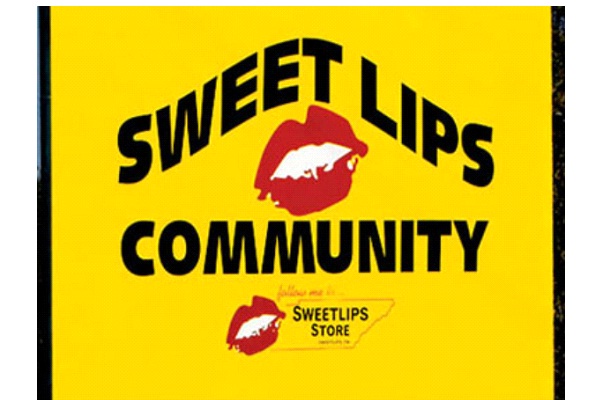 This Tennessee town was named after the water in its creek. It is believed that the first settlers, civil war soldiers, claimed the water from the creek tasted sweeter than any other water.

The town, once called Edgewood, was named after an old story of a local postman and farmer. The postman had asked a farmer to set aside a watermelon for him to pick up after his route that day. However, when he returned the melon had been sold to another customer who offered 50 cents more. The postman exclaimed he was a “tightwad” and apparently did so every day thereafter inspiring the town name.

Two Egg’s name stems from two young boys bartering for needed supplies during the depression era.  The story goes that the two boys went into a local store and asked the owner if they could trade “two eggs” for sugar. The store owner, frustrated with the times, replied: ” This is nothing but a two egg town!”. Another customer who was a traveler overheard the conversation and shared the story of people in this town trading for “two eggs” worth of goods. The name caught on, and in the 1940’s the town of Allison was re-named Two Egg. 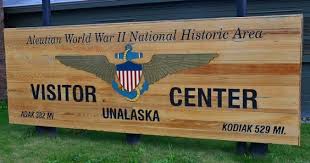 This town (and island) was named by its natives. Originally the Unangan or Aleut people called the area “Ounalashka”. However, due to continuous misspelling and mispronunciation over the years, the United States Board of Geographical Board decided to simplify the name to Unalaska.  The area also goes by the name Dutch Harbor. 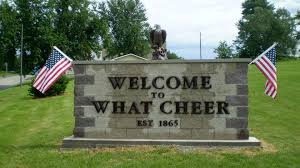 What Cheer’s name comes from the ancient English phrase ” What cheer with you”. Although the town was originally founded in 1865 under the name Petersburg, for its founder Peter Britton, the name was rejected by the post office. In lieu of its original name, Joseph Andrews, a Civil War veteran, suggested What Cheer and the town was renamed in 1879. 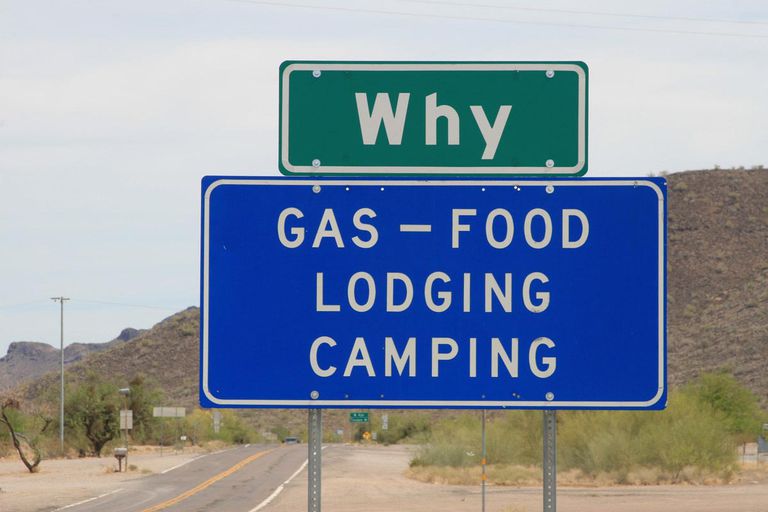 Why was named for its major intersection of State Routes 85 and 86 being in the shape of a Y. When the town was named, state law required all cities to have at least three letters in their name, so instead of simply calling the town “Y”, they decided to call it “Why”. Cause why not? 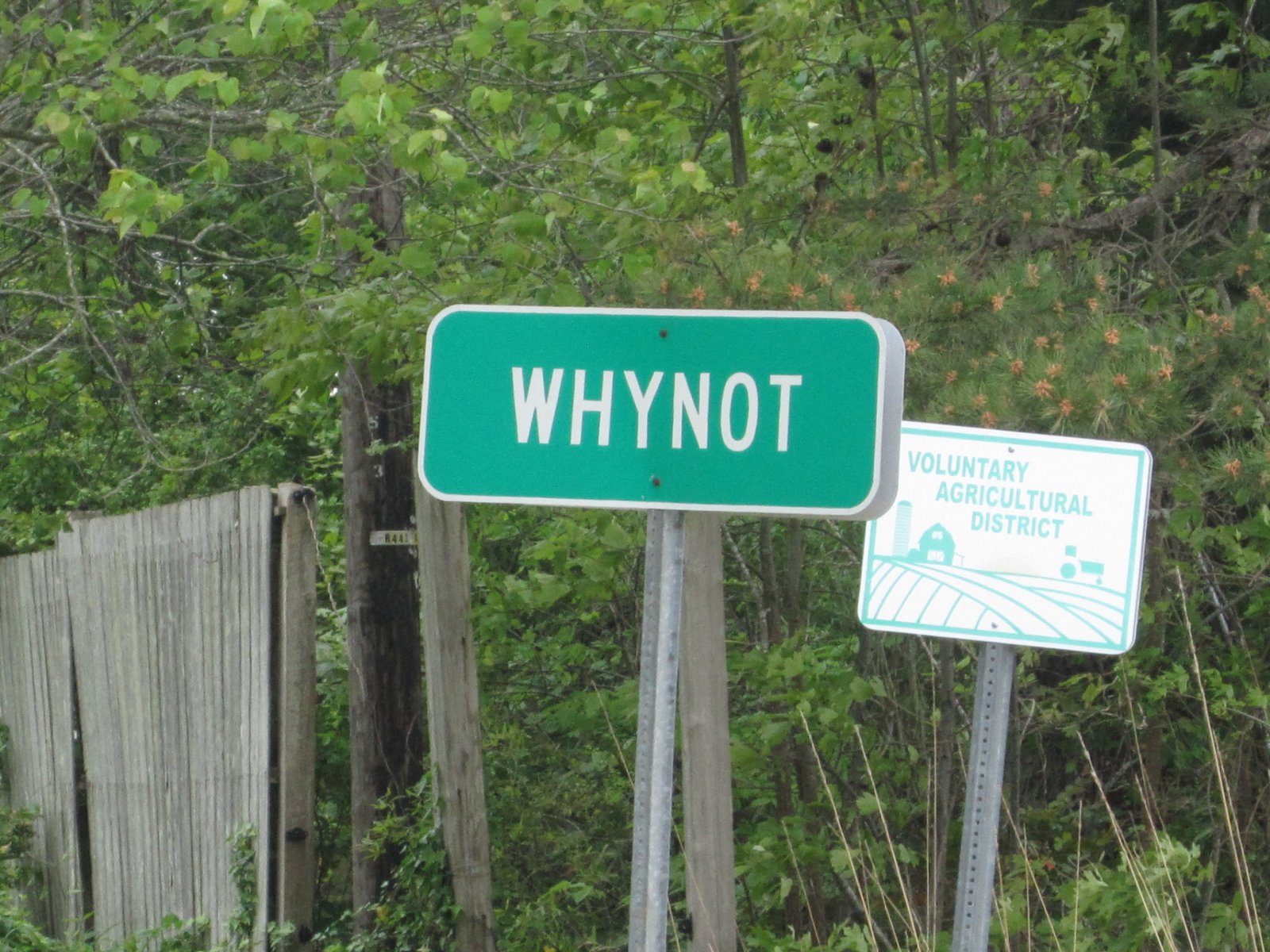 Speaking of why not… Whynot, North Carolina’s name came from its residents arguing at a community meeting over what to name the town. Apparently, the meeting went on for a long time with people going back and forth “Why not call it ‘this’ ” and “Why not call it ‘that’ “. Eventually, a farmer stood up and asked: “Why not call it ‘Why Not’ and then we can go home?” The residents liked this idea and the name stuck. It was originally Why Not, but over time shortened to one word. 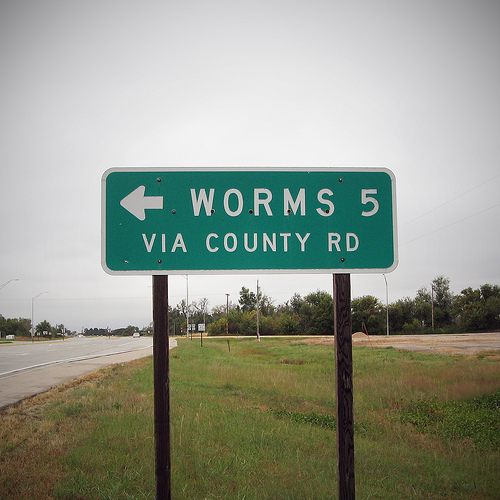 Worms, Kentucky was not named after the creepy crawly insect that loves dirt. In fact, this town was named after the city of Worms, Germany or “Vorms” which was the nickname of a famous Roman Emperor.

Thank you for contacting us, we'll get back to you shortly.

Sorry, we are unable to send your message at the moment. Please try again later.